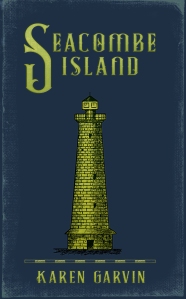 It’s here! My novel Seacombe Island has been published and is for sale on Amazon!

I began the novel as a 2011 NaNoWriMo manuscript. Since then, I’ve rewritten and edited most of the chapters several times and added a few characters that the zero draft didn’t include. Somewhere along the way I had put it aside while I finished graduate school, but the amount of work wasn’t ever really the issue. The big problem was that I had trouble developing the main character, Thomas Ashton. I had supporting characters who knew who they were right from the start, but not my protagonist. He was playing his cards close to his chest and refused to confide in me.

And so I put the manuscript aside and let the problem stew for awhile. Eventually I began sorting out some of the themes and gaining a better sense of what the driving forces were behind my characters. As I went through and edited some of the bits that were really irritating me the protagonist’s personality became clearer, and the more I delved into his backstory, the better I understood him.

What really helped me sort out some of the backstory was writing a short story based on the Seacombe Island world, “Hekatite,” which was published in the Smoke and Steam anthology this spring. Even though Tom isn’t in the short story, Edward Grey and Tom’s friend, Samuel Grey, are. Writing about them and figuring out what they were up to, and how it would affect Tom in the future, gave me a guideline and was a lot of fun.

I hope you enjoy Seacombe Island!